We welcome the first of, hopefully, many reflections by Gunter Richter. 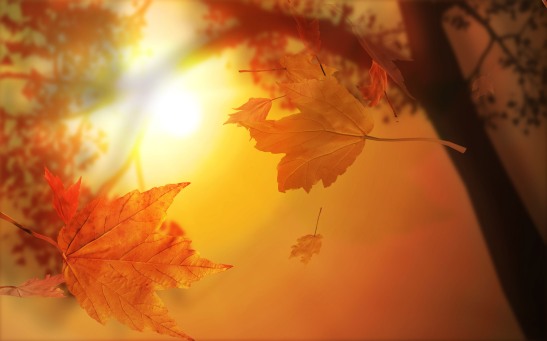 In October of 2015, I attended a retreat held by the Threshold Society of America at Garrison, New York. During the retreat I was approached Fatimah. We had a wonderful talk during which I was asked if I would mind writing an article about my journey as a Mevlevi dervish. The first though that came to mind, which I kept to myself, was “Dear God, have mercy. Who am I to say anything meaningful about Sufism?”

However, since I was asked, I felt that maybe I could share a bit of my experiences and what I’ve learned over the years in the hopes that it may benefit others. I decided to write about working with intention, so without further ado, here we go…

There is a Sufi saying that “Heaven is surrounded by a wall of complaints”. Like many Sufi sayings, these are not just sentimental aphorisms to be posted on Facebook, although feel free to do so if you must, but rather, they are a means by which one can come to know one’s self. Often they contain hidden exercises or practises and this one is a good example. Suppose for one day, you try to live a life without complaining. What could come of this? Is it true that complaints form a barricade that prevents us from entering Heaven? If so, then this is surely something worth investigating. To ascertain the validity of this saying, I decided for one day, to see if I could make it to the end of the day without complaining. This is the tale of that day.

At the beginning of the day, the first challenge I faced was to identify what exactly constitutes a complaint. After all, if I was going to avoid complaining, then I better know what I was trying to avoid. I noticed immediately that it was raining outside. I had work to do clearing the rest of the leaves that the autumn winds had deposited on the front and back lawn. At that moment, I saw that I had the option of complaining. I could have said to myself, “Damn, not again, it’s raining and I need to clear the leaves. I will get wet and cold and uncomfortable. I hate this.” Fortunately, for reasons I will explain shortly, I was able to stop myself from jumping on this particular train of thought. However, I did manage to see the definition of complaint that I could use for that day. A complaint is a statement of objective fact that is passed through a filter of self-importance and resentment.

The reason I was able to stop myself from complaining was that I had already formed the intention of getting through the day without complaining. Intention is a wonderful mechanism. I’m sure I could write an entire chapter of a book about intention, but for the sake of this article, I’ll just mention the immediately relevant aspect.

When you form an intention, you create a holding-area in your psychology. It’s like a little room where outer events and inner states are temporarily stored. The room is illuminated by Nur, the light which facilitates awareness and consciousness. The light allows you to momentarily get an overview of what is happening, assess whether it is in keeping with the intention, determine the appropriate action, and finally, pass that action into material reality.

The catch with intention is that it depends very much on the normal waxing and waning of attention. Suppose for example that you decide to go through every doorway, right foot first. If your attention is depleted and you don’t realize that you are going through a doorway, there is no self-awareness and you can’t determine the appropriate action. Everything proceeds according to mechanical laws. Conversely, the beauty of intention is that at some point, the simple fact of having the intention will remind you that you went through a doorway obliviously. All I can add is that at that moment, that’s when you are really going through the doorway. Might as well put your right foot out front.

Events of the day

So with my spiritual backpack loaded with a clear intention and a functional understanding of what constitutes a complaint I was ready to begin my day’s journey.

The first event I encountered, I’ve already described, noticing that it was raining. I decided that since I couldn’t complain, I would simply accept it. In doing so I noticed a shift in my inner state. Not only was I not resentful of the fact that it was raining, I actually felt a bit more energized, quite positive even. I believe this is the result of Nur, that light which accompanies us when we form intentions. It’s like that other Sufi saying that “For every step we take in God’s direction, God comes running ten steps in ours.”

The second event happened when I was already gathering the leaves. By way of background, I happen to live in cottage country. There are no deciduous (leaf) trees on the property where I live, only evergreens. On previous days this fall I had raked most of the leaves back onto the neighbor’s property. He had already declared that he was likely not coming back until next spring and since we were relatively good friends, I didn’t think he would mind. To my surprise he showed up just as I was moving the leaves onto his property. Now I was facing two complaints.

One was that his arrival was unexpected and I was in the middle of working. Again, the intention came to my rescue. I managed to catch myself and instead of complaining about being interrupted, I let go of my tendency towards resentment and accepted his presence and company.

The second potential complaint was directed at myself. I felt sheepish that I was “polluting” his property and was about to complain about my own laziness to myself when I encountered a more obscure working of intention. My attention had pretty much subsided at this point and I was, for all intents and purposes, off in la-la land. Then out of nowhere, an impulse came to simply own up to what I had done and take responsibility for it. The impulse was so strong that it led me right up to my neighbor and made me confess while “I” was sitting on the sidelines and watching. It will likely take a while before I can assimilate what happened, but I feel that it is noteworthy. In any event, my neighbor just laughed and even showed me a place behind his wood pile that he had set aside for compost. He even encouraged me to take all “his leaves” there where he would mix them with soil and sand in the spring to make his own topsoil. Alhamdullilah.

The third event happened when I phoned my mother. She currently lives in a retirement home about 10 minutes away. I’m living at her house looking after the property. Since I’m the only one with a car, she often demands that I take her for a drive, for coffee, or for shopping. Often times I feel resentful about this because it means that I have to put my own plans aside to take care of hers. I remembered my intention before I called her and silently prayed that I would be able to just deal with whatever she wanted lovingly. It seemed that this was all it took and I remembered a line that we usually say during zikr before reciting Allah. “God answers all prayers made in sincerity and truth.” Again, Alhamdullilah.

If you made it this far, thank you for your patience. I have tried to give an example of what I consider three important aspects of working with intention, namely that intention can help with the way life unfolds in the moment (noticing the rain and the neighbor), with the way life unfolds before we do something (calling my mother), and even the way life unfolds to bring us out of a state of sleep (apologizing for polluting the neighbor’s property). My original aim was to discover if heaven is indeed surrounded by a wall of complaints, to which I personally would have to answer “yes, it sure is”. That’s assuming of course that your definition of heaven is the same as mine, the inner peace that results from accepting God’s Will. I know for a fact that today was a better day than it would have been if I had complained.