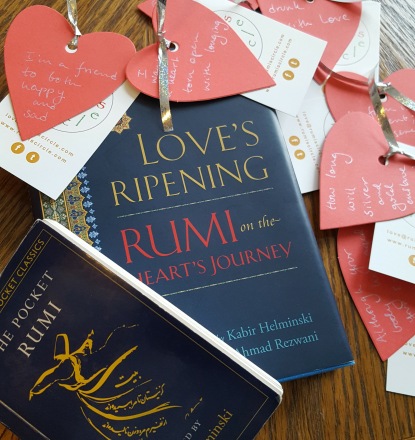 Reflections on Unveiling the Divine: Honouring the Sacred Feminine

‘Don’t forget your heart’ – it might sound odd but we do exactly this, our religion and thinking can become stiff, the remnants of the famous British ‘stiff upper lip’ are still with us. ‘Warm and welcoming’ are the words that we like to hear but it is because we are familiar with the opposite. Amongst the claims that ‘religion is the source of all war’ those of us who follow a faith like to think that it is based on love and encourages love for God and love for people. Some go as far as to say that Christianity is the religion of love. And Islam is, well don’t Google it … it has a different reputation, until you encounter it, with the heart.

My own journey of heart-opening has been a long one. Somewhere along the way I got lost, maybe it was the hard-line Protestant theology of my youth, perhaps it was working for HM Revenue and Customs, though inexplicably while I was working there one of my colleagues saw my heart and what was in it, and I didn’t even know myself.

Many years later I encountered one of the founders of Rumi’s Circle – Fatimah Ashrif – on an inter faith training course that I was running, after that we began meeting for Scripture dialogues of the heart which evolved into SoulScript. To say that my heart was opened would be an understatement. The inter faith activities that I was involved in were against a backdrop of negativity (my Twitter interactions are filling up with it as I write this), at least that’s how it seemed, or how the ‘problem’ would be described in grant applications. Scripture invites us to rest and enjoy the loving voice of God, and to share in this with the love, hugs and smiles of small groups of friends.

The distance from the dialogue of the heart to the sacred/divine feminine is no distance at all, and of course dear to the heart of Fatimah. I wasn’t originally going to attend but the Universe smiled on me and I couldn’t not go. Refreshingly, Rumi’s Circle is led predominantly by women, including the lovely spiritual sisters Fatimah and Saimma, who hatched the ‘Divine Feminine’ in a post-Christmas WhatsApp-fest.

Having wrestled with, and upset various people, about non-representation of women at inter faith events it was a treat to arrive at a venue attended mostly by women and only one male speaker. From the beginning ‘Divine Feminine’ was not the usual experience of anything. The open gentle challenge of Beth Hin – ‘the divine feminine has qualities which are stronger than any war’ – was so moving and memorable that I was often moved to tears, as she (and I) reflected on how the feminine is so often marginalised when women are central, many of the ‘noteworthy’ and ‘important’ things that men do would not happen without women, or happen despite women where they are unable to confront men, but which they have the untapped power to stop. There are some powerful examples of strong (but otherwise ignored) Muslim women in Sara Khan’s recent book The Battle for British Islam. In the same spirit Fatimah told us that God is beyond gender, but ‘woman is a ray of God.’

At this point, I can’t quite disentangle my own thoughts from what was said at the ‘Divine Feminine’, but if these are not Beth’s words they are certainly feminine in origin and I take no credit for them:

We are all God’s pearls.

God thinks we are beautiful.

Where does love come from? God. Wherever you see love you see God.

When we pray together there is no argument.

The warrior is not greater than the Divine Feminine!

Throughout the whole weekend we were hosted at the Quaker meeting house in Kendal. I was so grateful that this Christian tradition had provided a home for a Muslim devotional space, only later finding out that it also provides a spiritual home for local Muslim friends.

The programme culminated with a recital of sacred music by the talented Latif Bolat (wrestling Turkish tunes out of a slightly neglected church piano) and the wonderful Zeliha Akdan. Zeliha moved us all with the most beautiful adhan (call to prayer). Women’s voices are rarely heard in liturgical worship in the Islamic tradition. I was most tearful when she prayed for us in our concluding session. Prayer, tears and the heart can never be far away, something I never understood when I attended the weekly church prayer meeting as a young person and one of the older members would cry whenever he stood up to pray. We were also joined by male and female whirling dervishes, our friends, who brought the sacred contemplation of the sema (an act of worship) into our evening. This is what love and religion looks like in Cumbria. 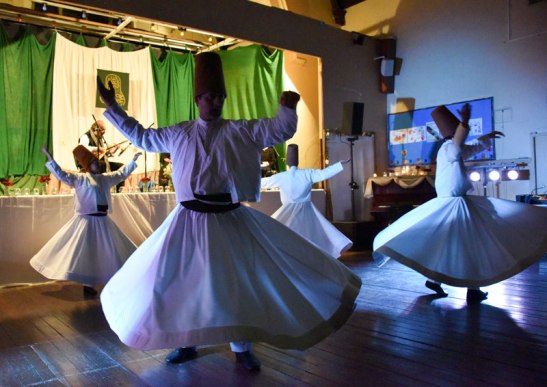 Our final reflective session was Quaker style, seated in a circle in the Meeting House, with everyone sharing their experience of the weekend. Many eyes were not dry and some friends were too moved to speak. For myself, I took the opportunity to reflect on my journey as I have done in this article and in my life recently. Telling everyone that normally I would be in church on a Sunday morning (I was not the only Christian present) I said that this – Rumi’s Circle, the Divine Feminine – was my community. It had not seemed important throughout that, officially and by membership, I am on a different path to Sufi friends, though there was so much talk about Jesus that Christian friends might be surprised. The weekend told me that we were all on the same path – towards God, love, each other and the Divine Feminine. I only mentioned my own religious label as part of saying how close I felt and that the labels do not get in the way, I could not be any closer. This is where the Divine Feminine takes me, and takes all of us.